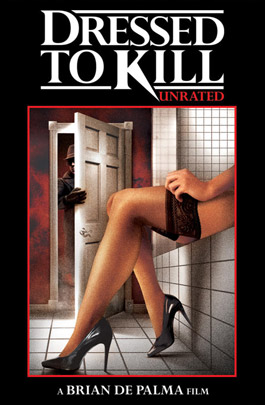 "Oh Doctor, I'm so unhappy. I'm a woman trapped inside a man's body—
and you're not helping me to get out!"
— Voice of Bobbi on Elliott's answering machine
Advertisement:

Kate's murder is witnessed by Liz, a High-Class Call Girl (Allen). The investigating detective bluntly tells Liz that she is a suspect in Kate's murder. Liz joins forces with Kate Miller's son Peter, and together, they find out who the killer is: a transgender woman named Bobbi who happens to be one of Dr. Elliott's clients.

Not to be confused with the 1946 Sherlock Holmes film starring Basil Rathbone, or with the KISS album.