Literature / The Age of Desire 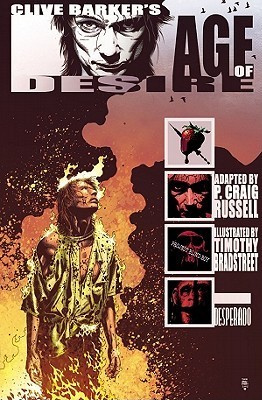 "The Age of Desire" is a short story by Clive Barker that was published in 1984 as part of the fourth volume of the Books of Blood.

Police are called into a laboratory to investigate an alarm and find a gruesome crime scene of a woman who has been both raped and torn apart, apparently at the same time. The truth behind the experiment that went down is revealed to be a test for a very powerful chemical aphrodisiac that has made a human subject become rather violent and potent.

Among Barker's work this would be one that is on the heaviest side of sexual material. Reader be warned.