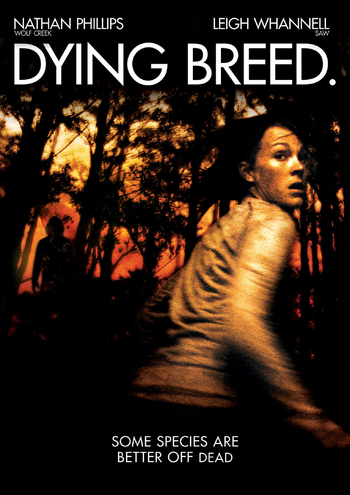 Dying Breed is a 2008 film written by Michael Boughen, directed by Jody Dwyer, and starring Nathan Phillips as Jack, Leigh Whannell as Matt, Mirrah Foulkes as Nina, and Bille Brown as Rowan. An expedition of zoologists go into the bush in search for the last Tasmanian Tiger. Instead, they encounter the cannibalistic bogan descendents of 19th century Serial Killer Alexander Pearce.

See Van Diemen's Land for a more serious and historically-based take on the Alexander Pearce story.