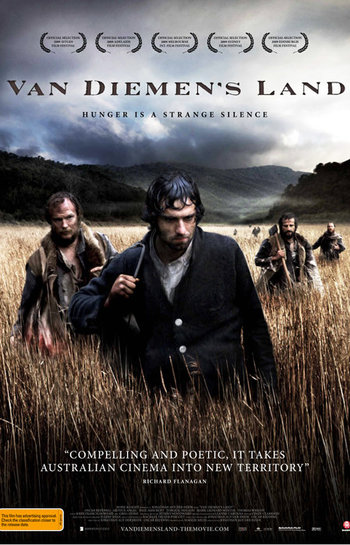 Van Diemen's Land is a 2009 Australian historical film about the escaped convict and serial killer Alexander Pearce (Oscar Redding). When he and a group of fellow prisoners (Arthur Angel, Paul Ashcroft and Mark Leonard) escaped into the bush in 1822, Pearce killed and ate his friends to survive.
Advertisement:

Also based on the Pearce story is the 2008 film Dying Breed, a horror film focusing on Pearce's modern day Cannibal Clan descendents (who are just one of the many reasons not to go to Tasmania for a holiday).