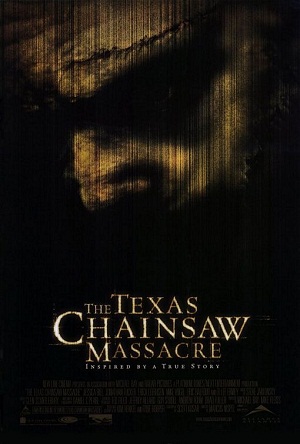 The Remake (or reimagining, as the marketing preferred) of The Texas Chain Saw Massacre (1974), released in 2003. It was the first horror film remake produced by Platinum Dunes.