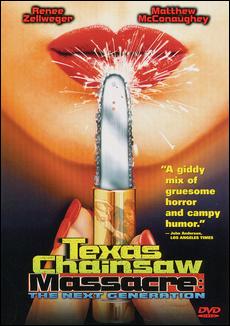 The Next Generation is the fourth The Texas Chainsaw Massacre film from the year 1995.

A bunch of teens drive off from prom night grounds and end up in a car crash. This leads to further trouble as they encounter the crazy Texas family we all know.