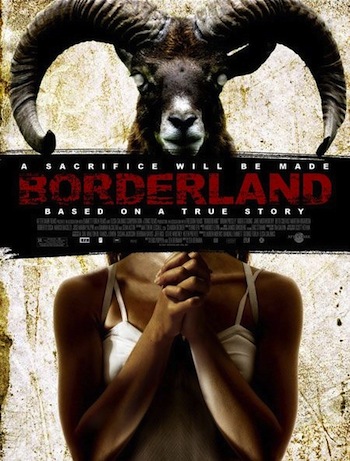 Borderland is a film directed by Zev Berman in 2007.
Advertisement:

On a college trip in Mexico a group of friends uncover a religious cult that practices human sacrifice after one of them goes missing.

Very Loosely Based on a True Story, although more so than other horror films with the same claim; there was a religious cult lead by a man named Adolfo de Jesús Constanzo

in Mexico City who performed human sacrifices in order to gain protection in his drug deals. He was arrested after murdering a college student on spring break.

It was part of the After Dark Horrorfest film festival.

Not to be confused with the video game, Borderlands.