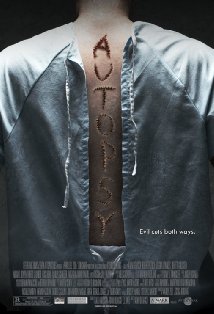 While out partying, Emily Johnson and her friends get into a car accident, injuring themselves and killing a man in a hospital gown. When they arrive at Mercy Hospital, they discover that the staff aren't there to mend their wounds...

The film combines the Gorn of Saw with the dumb teen leads of most other Hollywood slasher flicks. It did well well at screenings aimed at its target audiences, but not with the world at large. It was later part of the After Dark Horrorfest film festival.