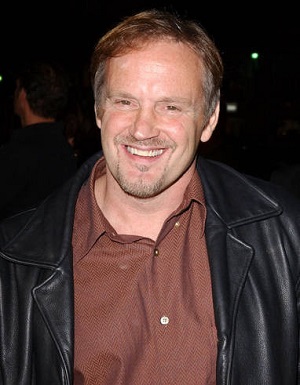 Michael Bowen is an American actor born in June 21, 1957 in Houston, Texas. He has been acting since 1982. He's usually known for playing shady or villainous characters, and is perhaps most recognizable to viewers as Deborah Forman's Jerk Jock boyfriend Tommy from the Nicolas Cage flick Valley Girl, creepy orderly Buck in Quentin Tarantino's revenge homage Kill Bill, aggressive 'Other' Danny Pickett in the series Lost and as Neo-Nazi leader Jack in the critically acclaimed Breaking Bad.
Advertisement:

He's a collaborator of Quentin Tarantino, having appeared in Jackie Brown, Kill Bill and Django Unchained. He's also the uncle of actresses Martha Plimpton and Ever Carradine, as well as the half-brother of actors Robert Carradine and Keith Carradine.