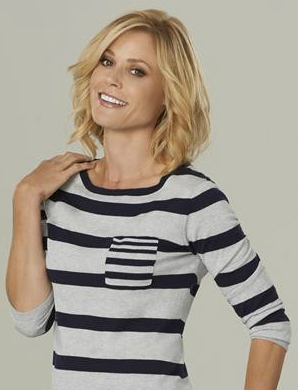 Julie Bowen Luetkemeyer (born March 3, 1970 in Baltimore, Maryland), better known as Julie Bowen, is an American actress. She is known largely for her roles in Happy Gilmore, ER, Ed, and Modern Family. The last one earned her five nominations for the Primetime Emmy Award for Outstanding Supporting Actress in a Comedy Series, winning in 2011 and 2012.