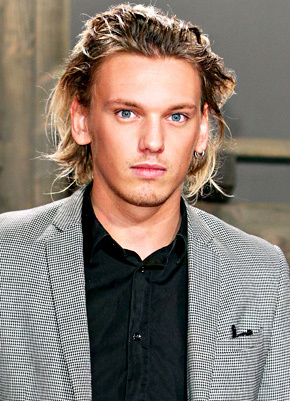 Jamie Campbell Bower (born 22 November 1988) is an English actor, model, and musician. His parents were involved in the music industry, so he became involved in musical theater. He made the transition to dramatic theater, during which he was noticed by the makers of Sweeney Todd: The Demon Barber of Fleet Street, who cast him in it. Since then, he has acted in many other British films and shows. He's known for portraying young Gellert Grindelwald in the Harry Potter films, Jace Wayland in the film adaptation of The Mortal Instruments, and Caius in the Twilight film adaptations. Most recently, he played Henry Creel a.k.a. Vecna in Season 4 of Stranger Things.

In addition to acting, he has been the lead singer of two bands (The Darling Buds and Counterfeit) although both have since broken up. As of 2022 he is working on solo material, releasing an extended play and single.