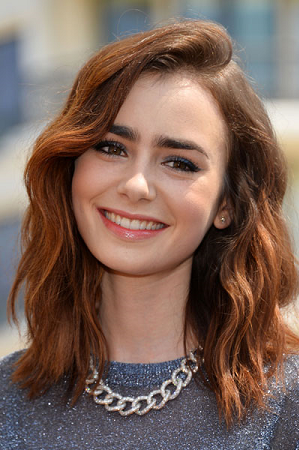 She began her acting career at the age of two in the BBC series Growing Painsnote Not to be confused with the American sitcom of the same name that ran on ABC from 1985-1992. When her parents divorced, she and her mother went to Los Angeles. There, she acted in some minor roles, and picked up an interest in journalism, writing for Elle Girl, Seventeen, Teen Vogue, and the Los Angeles Times. After majoring in broadcast journalism at the University of Southern California, she covered the 2008 presidential campaign (including the election of Barack Obama) for Nickelodeon.

Around the same time, Lily began appearing in some major acting roles, starting with the first-season finale of 90210. She acted with Sandra Bullock in The Blind Side, with Paul Bettany in Priest, and with Taylor Lautner in Abduction. In 2012, she played Snow White in Mirror, Mirror, facing off against Julia Roberts. She was not able to join the Evil Dead remake due to scheduling conflicts, but did appear in Stuck in Love, and plays the lead role of Clary Fray in The Mortal Instruments: City of Bones. Currently, she is best known for her work in the small screen, starting with Prime Video's The Last Tycoon and continuing on with several Netflix productions.

She is married to American director Charlie McDowell (son of Malcolm McDowell and Mary Steenburgen).