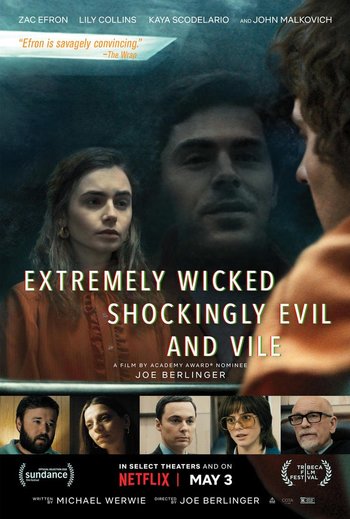 The movie tells Bundy's story largely through the eyes of Elizabeth Kloepfer (Lily Collins), his long-time girlfriend who held out hope for years that he was innocent. The movie also stars Kaya Scodelario, Dylan Baker, Haley Joel Osment, Jeffrey Donovan, Jim Parsons, and John Malkovich. It premiered at the 2019 Sundance Film Festival before being acquired by Netflix ahead of a May 3 release. The trailer can be seen here

The director, Joe Berlinger, also made the Netflix documentary series Conversations with a Killer: The Ted Bundy Tapes, which was released ahead of this film's Sundance premiere.