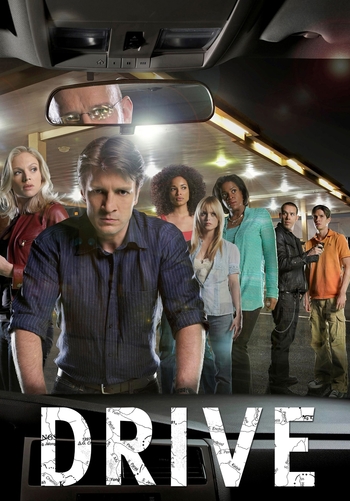 A short lived show about an illegal, underground, cross-country, The Cannonball Run style street race, written by Tim Minear and starring Nathan Fillion. Everyone had a reason to be in it, with many of those reasons involving blackmail. It was supposed to mix character study and action, but it didn't last long enough to succeed at the character study, at least not to the level advertised.

No matter where FOX put this show, how many ads they ran for it, or who was in it, the show couldn't get any viewers. Four episodes aired in two timeslots on two weeks before it was canned, at which point the usual people blamed FOX for everything.

This show's failure is a major reason that Sunday nights on FOX are reserved for animation, and perhaps vice versa.