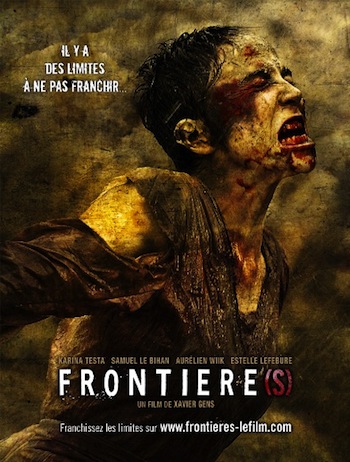 What are your boundaries?
Advertisement:

Frontier(s) is a French horror film directed by Xavier Gens.

In the midst of a right-wing extremist being elected in Paris, riots spark the street. A group of thieves take advantage of the chaos to pull off a robbery before fleeing to a nearby hostel near the border. Unfortunately for them, the place is run by a group of neo-Nazi cannibals. Things get messy. Really messy.

The film was set to be part of the After Dark Horrorfest film festival but the MPAA slapped an NC-17 on it and, rather than edit the film, After Dark decided to give it an unrated limited theatrical release elsewhere.