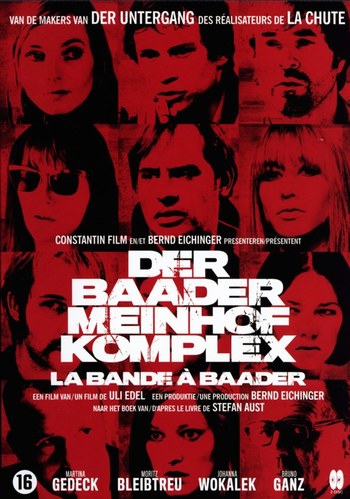 The Baader Meinhof Complex (German: Der Baader Meinhof Komplex) is a 2008 German film by Uli Edel. The film is based on the 1985 German best selling non-fiction book of the same name by Stefan Aust.

The film was an Academy Award and Golden Globe nominee for Best Foreign Language Picture, but lost to the Japanese film Departures and the Israeli film Waltz with Bashir respectively.