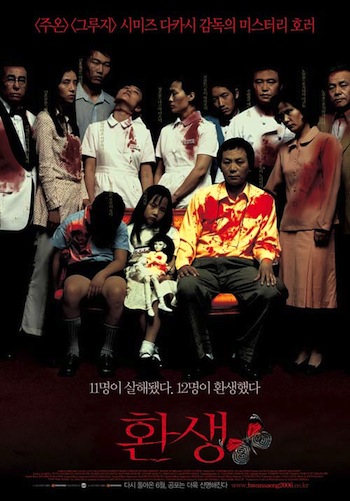 35 years ago, a series of murders took place in a hotel. A college professor, Omori, had apparently gone mad and, as part of his wish to understand reincarnation, filmed himself killing 11 of the hotel guests and employees, as well as his own children, before committing suicide. In the present day, horror movie director Matsumura decides to make a movie, Melody, about the massacre. As the date of the shoot draws near, Nagisa Sugiura, the actress who is set to star as Professor Omori's daughter, is haunted by the ghosts of the victims and visions of the killings. However, Nagisa is not the only person who is seeing these visions...