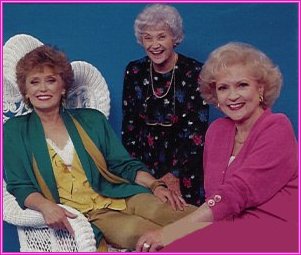 The successor to the now-classic TV series The Golden Girls, sans Bea Arthur as Dorothy Zbornak. The Golden Palace saw Rose Nylund, Blanche Devareaux, and Sophia Petrillo sell their Miami home and move to South Beach to become the owners of an upscale hotel. What they didn't know is that the hotel was in dire straits financially and only two employees were kept on by the previous owners to run the entire hotel: the jack-of-all-trades manager Roland (played by a then-unknown Don Cheadle), and a wisecracking Mexican cook named Chuy (played by Cheech Marin). Adding to the chaos is Oliver, a pre-teen boy who lives at the hotel and is fostered by Roland. Everybody is at odds with each other at first, but they all find a way to work things out as the series progresses and eventually become one big, happy family...for the most part.