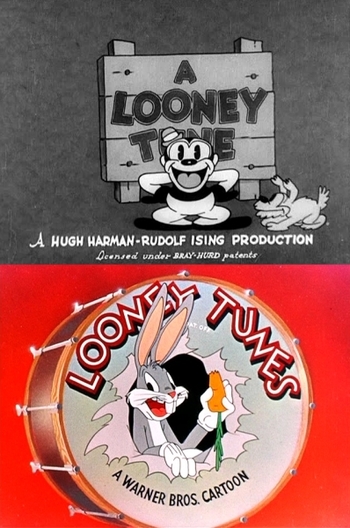 For Bosko, that was all, folks.
"And McDonald's gave your job to a box with a face! Left you behind, like a quiet kid in a Play Place!"
— Wendy (the Wendy's mascot) to Ronald McDonald, Epic Rap Battles of History
Advertisement:

Series Mascots are usually consistent for decades on end, however eventually many works or companies will replace their mascot. It's not uncommon to even go through multiple mascots throughout their lifespan.

Why mascots get replaced varies. Sometimes the original mascot is too outdated and/or offensive, so they're replaced instead of redesigned. At other times, a new mascot is created for a retool, rebranding, or marketing change. Often times the old mascot is just outshined by a newer Breakout Character who ends up becoming the successor mascot. Replacing mascots is more common with advertisements than in other media, however this still pops up in various mediums.

This can be an example of Early Installment Weirdness if the older mascot is replaced early enough in the franchise's history. Much more rarely manifests as Later Installment Weirdness, which happens in emergency cases if the former mascot becomes tainted with controversy and has to be scrapped to save face. Compare Chuck Cunningham Syndrome, Demoted to Extra, and What Happened to the Mouse?.