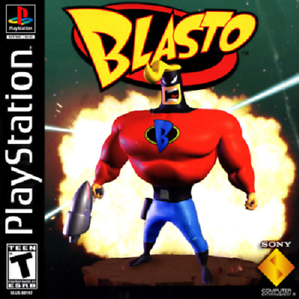 An alien army from the Fifth Dimension has invaded our solar system. Led by Bosc the Terrible, they have already conquered Uranus, and their next target is Earth. Only the great Captain Blasto can stop this invasion and free Uranus.

Blasto is a third-person shooter released in 1998 for the original PlayStation. Captain Blasto himself is voiced by Phil Hartman, in one of his last roles before his death.