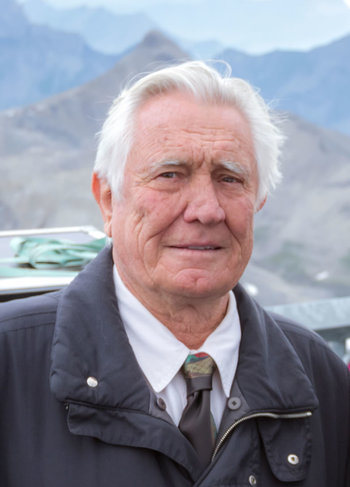 This never happened to the other troper.
Advertisement:

He is best known for being the first and brief successor of Sean Connery as James Bond in a single film, On Her Majesty's Secret Service. He and Pierce Brosnan share the distinction of being the only non-British Bonds (although with Brosnan being Irish, Lazenby is still the only Bond not to come from the British Isles, which also makes him the only non-European Bond, although he is of European descent) as well as the only professional martial artist to play the role (he has a Black Belt in Shotokan-Ryu Karate). His contract was for an unprecedented seven movies, but he left because of the troubled filming note which was partly due to his inexperience with acting and movie crews, he having only worked in adverts beforehand, the contract they wanted him to sign (which dictated how he was supposed to look and act even off camera for the entire duration of the deal) and because his agent thought spy movies were getting outdated, believing hippy movies were the way to go. After a couple of hippie movie flops, Lazenby finally decided he'd had enough and fired him.

He was a close personal friend of Bruce Lee, having met him in 1972. Lazenby studied Lee's personal martial arts and philosophical teaching of "Jeet Kune Do" until the time of Lee's death in 1973. He was going to have dinner with Bruce the night he died, actually.