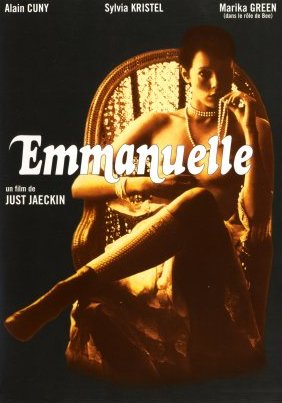 The film follows Emmanuelle (Sylvia Kristel), a French expat who lives in Thailand with her diplomat husband, Jean. After returning from a trip to Paris, Emmanuelle becomes swept up with a dark and decadent world overseen by a man named Mario, who teaches her how to be more open with her sexuality. Coupled with her open relationship with Jean, Emmanuelle learns to let lust guide her actions in the future.

The franchise also launched countless sequels, parodies, copycats and even a licensed video game. The most notable of these are the Black Emanuelle (note the spelling) series starring Laura Gemser, and the Emmanuelle in Space spinoff starring Krista Allen, which produced just as many films as the mainline series!