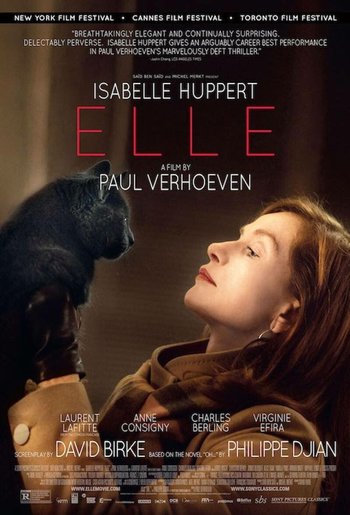 The American poster is innocuous. The film is not.
Advertisement:

Elle is a 2016 French Psychological Thriller film directed by Paul Verhoeven and written by David Birke, based on the 2012 novel Oh... by Philippe Djian.

Michèle Leblanc (Isabelle Huppert), founder of a successful video game company, is raped at her home by an unknown assailant. Events from her past make her distrustful of police, so instead of reporting the incident to the authorities, she tries to discover the identity of her rapist on her own.