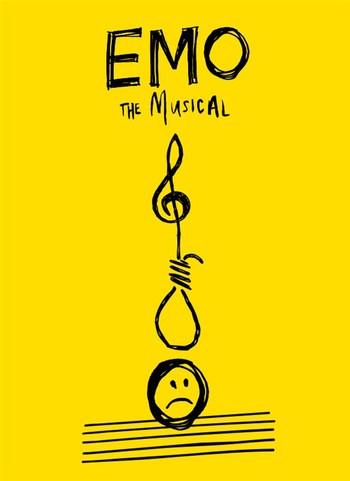 Trinity: Would Jesus have been an emo?
Advertisement:

An Australian independent Black Comedy film, first released at Melbourne International Film Festival in 2016, and in cinemas in 2017, based on a short film released in 2014.

Ethan is a teenage emo who has just been expelled from private school for attempting suicide. Upon arriving at public school, he meets a beautiful girl named Trinity, and the two are immediately attracted to each other. Unfortunately, Trinity and her friends also happen to be Christian evangelicals who would like nothing more than to convert him. Meanwhile, Ethan wants to join the school's emo rock band Worst Day Ever, lead by Bradley, who hates Christians more than he hates his parents. As tensions between the emos and the Christians escalate, Ethan finds himself torn as he tries to work out what it is he really wants.

Advertisement:
Ethan: And I want friends
Who don't kick me when I fall
In fact, I'd do for any friends... at all