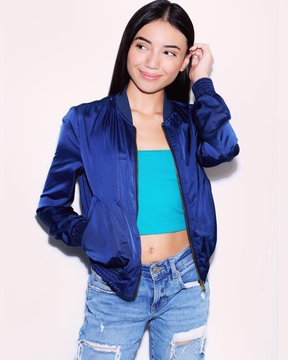 Montse Hernandez (credited more formally as Montserrat Hernandez) is an American actress and voice actress born on January 20, 2000. She is best known for her roles as the teenage version of the titular Jane the Virgin and Gwen Tennyson in the Ben 10 reboot series.