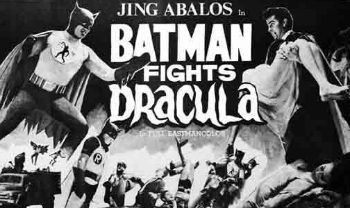 He did it again several decades later, too.
Advertisement:

Everyone knows how tough Dracula is. He's the biggest, meanest, and more importantly, most famous vampire in modern culture. So how do you show just how awesome your character is? Make them fight Dracula.

In some settings, this makes some sense, but in others, not so much. Note that this trope just involves the character fighting Dracula. They don't actually have to beat him (although in many cases, they find a way to do so).

Related to The Worf Effect. A subtrope of Cool Versus Awesome. Has a great chance of happening in a Vampire Episode.