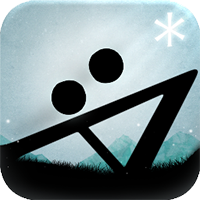 Type:Rider is a platform/"adventure puzzle" game developed by the European TV channel ARTE and French graphic designer Cosmografik (aka Theo Le Du Fuentes) and published by BulkyPix. You play as a sideways colon/diaresis traversing a land of letterforms in a way reminiscent of Sonic the Hedgehog as you explore the history of typography from prehistoric times to the digital age while learning about some of the better known typefaces such as Bodoni, Garamond, Helvetica and so on.

It's as absurd as it sounds, but it works. The game is available for Android

as well as on Steam.