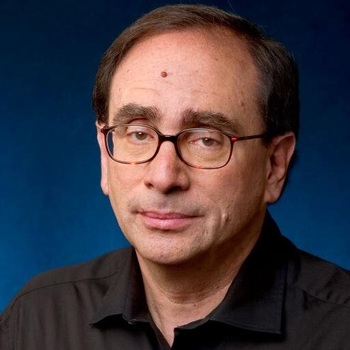 Robert Lawrence Stine (born October 8, 1943) is the author of over 330 books for children. His book series, including Goosebumps and Fear Street, has sold nearly 400 million copies around the world, making him one of the best-selling children’s authors in history.

Born in Columbus, Ohio, Stine graduated from Ohio State University and moved to New York, where he worked as a freelance writer. Initially, he focused on comedy writing, publishing several joke books and comic novels for children, many under the pen name "Jovial Bob" Stine. He also edited the comedy magazine Bananas which ran from 1975 and 1984 and co-created the children's television series Eureeka's Castle for Nickelodeon. Around this time he also wrote a few pieces for the Gamebook genre, including some starring the likes of Indiana Jones and G.I. Joe. In 1986 Stine published a standalone teen horror novel called Blind Date, the success of which persuaded him to focus on horror writing.

Stine’s thrillers and horror tales have proved to be great reading motivation for young people. The Young Adult series, Fear Street, started in 1989 and was followed in 1992 by the Middle Grade series Goosebumps, which quickly took off around the world. Goosebumps has been translated into 35 languages. These days, Stine continues to add books to the Goosebumps series, scaring a new generation of kids.

He has had three TV series based on his works: Goosebumps, The Nightmare Room and R.L. Stine’s The Haunting Hour. The last one ended its run in 2014. In addition, several TV movies have become perennial Halloween favorites.

In 2017, Stine entered the world of comic books with his take on Man-Thing. In 2019, he started an original comic series called Just Beyond.

In 2020, Stine signed a contract with Abrams to publish a three-book miniseries for the Garbage Pail Kids. The last two were released in 2021.

Works by/associated with R.L. Stine with their own pages include: