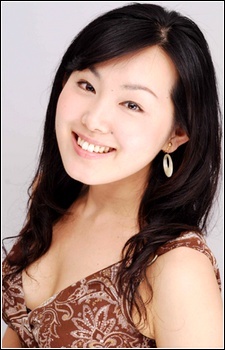 Hello. I would like to inform you that this is the description page of Satomi Arai. Because I am Satomi Arai. And informing people is my job.

Satomi Arai is a seiyu born in Saitama in 1980, probably best known as the Ninja Maid Sayoko in Code Geass and Kuroko Shirai in A Certain Magical Index . Notable for her distinctly deep, nasally yet mature voice. Seems to be voicing a lot of pervy or odd girls recently.

On Friday the 30th of March 2012, she suddenly revealed that she has already been married for 4 years with a 21 month old son.

Ms. Arai cites that timing and "various circumstances" prevented her from breaking the news earlier; which is likely a polite way of saying that she needed to dodge the negativity that would likely arise thanks to the popularity of her Star-Making Role Kuroko. On Tuesday the 10th of May 2016, it was revealed that her husband and father of her child is

Yoshimitsu Shimoyama, her colleague in Fairy Tail. Since the characters they play were Love Interests to each other (Bisca and Alzack), the mangaka Hiro Mashima celebrated the birth of their son by making their characters an Official Couple and introducing their daughter, Asuka.