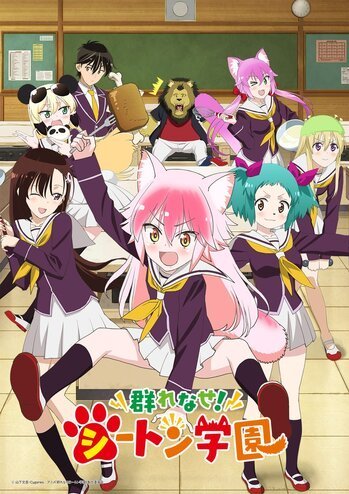 It's a jungle out here!
Advertisement:

Seton Acadamy: Join the Pack! is a manga written by Bungo Yamashita, published originally in Kodansha starting in May 2016 before switching publishers to Shogakukan.

Seton Academy, a school full of animals where, thanks to population decline, there are fewer humans than any other creature. Mazama Jin, an animal hater and the only human male in his class, falls in love with Hino Hitomi, the only female human, the moment he lays eyes on her. However, he soon finds himself entangled with various other creatures after he reluctantly joins the 'pack' of Ranka the wolf, the only other member of her pack.

Example of:
Our Nudity Is Different