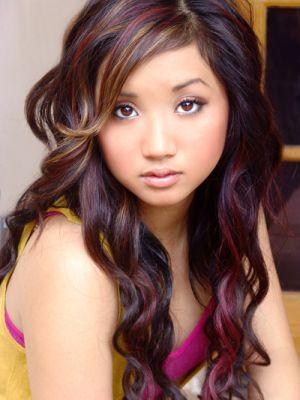 Brenda Song (born March 27, 1988) is an American actress of Hmong and Thai descent, and one of the Disney Channel's longest serving female stars, having been active since the mid-1990s.

She is best known for playing heiress London Tipton on The Suite Life series. She also starred in Wendy Wu: Homecoming Warrior and was the girlfriend of Eduardo Saverin (Andrew Garfield) in The Social Network. She also has a recurring role on ABC's Scandal and starred in dads until its cancellation in 2014. She currently plays the role of Anne Boonchuy on the animated Disney series, Amphibia. Her next role will be that of Kaitlyn in the horror video game The Quarry.

Song has also been described as one of "young Hollywood’s most promising rising stars" and a "young phenomenon on the rise" by media outlets. TV Guide listed her in its 2008 list of "13 Hottest Young Stars to Watch". Angry Asian Man named her one of the most influential Asians under 30.

She was engaged to Metro Station frontman Trace Cyrus, who is the brother of Miley Cyrus, but they broke up in June 2012. She was also rumored to be pregnant with his baby, but that turned out to be false. In 2011, she appeared in a series of ads promoting healthy living starring First Lady Michelle Obama and some Disney Channel stars. In February 2013, she officially became a Twitterer

She has a son with boyfriend Macaulay Culkin.