Roleplay / We Are Our Avatars 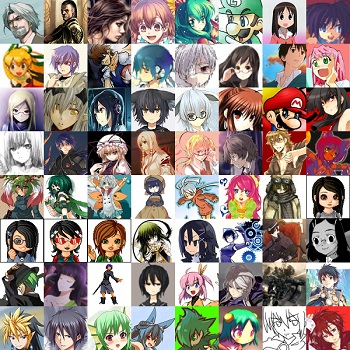 This isn't even all of them.
"A Pokémon Ku Klux Klan, a retired rambunctious German Ghostbuster getting auspicious advice from a fluffy feline pernicious Palpatine, and the Scout managing to get a date and not cock it up.
Crazy shit like that's why I love this game, really."
— Raidouthe21st, WAOA Veteran on the topic of how weird the Roleplay can get sometimes.
Advertisement:

We Are Our Avatars

(full title ITT: We Are Our Avatars) is a Play By Post Roleplaying Game on the TV Tropes Forum, open for all members. It was started in September 2009 and is still going strong. In fact, it has nearly 1,200,000 posts! To partake, you roleplay the character in your forum avatars and have him, her or it interact with the other characters. There is no continuity to speak of, and there is no need to go on an Archive Binge before jumping in.

Had one spinoff: We Are Our Epic/Adventuring Avatars, which had merged and split with this RP twice. Bay12 forums have made their own version.

Not to be confused with the similarly-named Avatar Arena (full title ITT: Enter the Arena as Your Avatar).

Please go into the discussion thread before you enter the main thread so we know you're coming. Thanks.

These are the rules. Read these before you get into the game.

We Are Our Avatars provides examples of:

Waldorf: I can't believe it. An entire page, and we don't get mentioned once!
Statler: Yeah... should you thank them or should I?
Both: Do-ho-ho-ho-hoh!