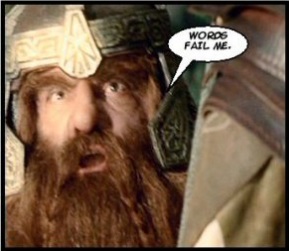 Even Gimli doesn't know how to do this, so how should I?
Describe Andy LA here.
Advertisement:

Aside from the fact that he is...

Ah, screw this, it's my own page and I write it my own way!

Aside from the fact that I am Brazilian, addicted to rock n' roll music, like The Beautiful Game (which I only call soccer out of convenience; I'd much rather use football, as I do in my native language), tend to be an overall Nice Guy, even though I can have a Hair-Trigger Temper on a bad day (but I always try not to blame those I know are not at fault), and am a comics and sci-fi geek (mainly Marvel Universe and Star Wars), I'm pretty much an unremarkable guy.

At least in real life.

On the Internet, I'm pretty much the same, except since it allows me to talk to people outside of my real life boundaries, it makes me just a teeny weeny little bit less unremarkable.

Stuff to know about me: