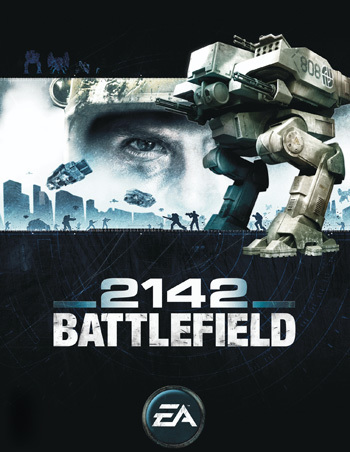 The future of war.
"The year is 2142, and the dawn of a new ice age has thrown the world into a panic. The soil not covered in ice can only feed a fraction of the Earth's population. The math is simple and brutal: some will live, most will die."
Advertisement:

Battlefield 2142 is a unique entry in the Battlefield First-Person Shooter series, being set in a science fiction setting instead of a historical or contemporary setting. The game was released in 2006.

Set in the 22nd century, the game is set in a new ice age where two military superpowers, the European Union (EU) and the Pan Asian Coalition (PAC), went into a worldwide war over survival.

You can head here

to play a current version of the game.