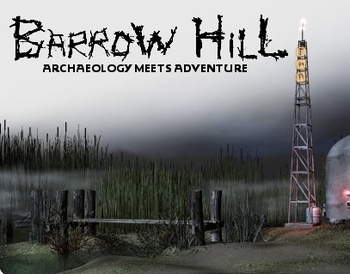 The game is set in the site of Barrow Hill, which is based on real geographical locations in Cornwall, England. Forced to spend a sinister night there, you will investigate what is happening to the local people and why an archaeological dig, led by professor Conrad Morse, has created so much unrest and hostility among the local community. During your exploration you will discover the local legends and superstitions, while using modern electronic devices like PDAs, GPS and metal detectors to unfold the mystery.

Like many other games of its genre, Barrow Hill has every area be only one or two steps ahead of the previous one. As such, it can take up to twenty screens to get from one landmark to another, whereas most games would only take two or three. This leads to Empty Room Psych, where most areas have nothing in them.