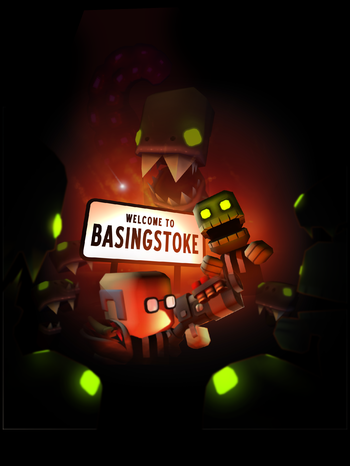 You've just arrived in Omni Labs in the town of Basingstoke, England. You've received your Visitor's Pass and was allowed to enter the labs, when you end up on the wrong floor and see that they're working on what looks like some potentially dangerous things. You head into the washroom, when all of a sudden the lab is shaken and explosion rocks the building. When it's done, the lab is in ruins, half the staff are dead, and the other half are now flesh-eating zombies.

Worse, it seems this situation has spread to the rest of the town.

So now, you need to find your way out of town before you end up as a zombie's dinner.