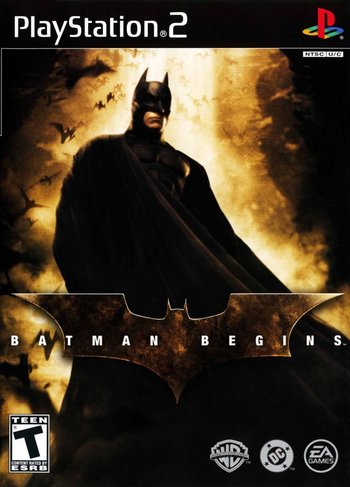 "Fear. Fear murdered my parents. On the far side of the world, I tasted fear in it's purest form and thought I conquered it. But fear followed me home."
— Bruce Wayne
Advertisement:

Batman Begins is a 2005 video game by Electronic Arts based on the film of the same name. It was released on the PlayStation 2, Nintendo Gamecube, Xbox, Game Boy Advance and it notably has the entire cast of the film (with the exception of Gary Oldman) voicing the characters. It is also the only video game based on The Dark Knight Trilogy that was released on consoles.