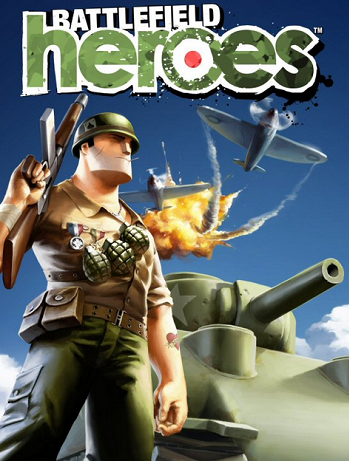 Now throw that mental image right out the nearest window, because this is a bit... sillier.

... which already made it different from the original series. It did have Battlefunds, in-game money bought with real money, to generate profit. It was a multiplayer-only game. Battlefield Heroes uses a World War II-esque aesthetic, then dances away from it with the Rule of Fun.

The game was shut down on July 14, 2015 along with Battlefield Play4Free, Need for Speed: World, and FIFA World.

A spiritual successor called Renegade Line is currently being developed

(very slowly) by people from the Battlefield Heroes community, using the Unreal 4 engine.

Tropes used by the classes:

Commandoes may use knives, sniper rifles and pistols.