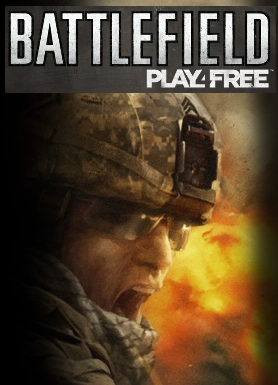 Now replace all the wacky zany things with what amounts to a spruced-up version of Battlefield 2. You have Battlefield Play4Free.

Essentially an adaptation of the Heroes RPG mechanics mixed with your typical game from the name franchise, Battlefield Play4Free was... well, what it looked like. It was a typical Battlefield FPS that you played for free. It was developed by EAsy, an offshoot of EA DICE that handled the two Play-4-Free Battlefield games, while DICE proper works on actual additions to the franchise, and released in 2011.

The game was shut down on July 14, 2015 along with Battlefield Heroes, Need for Speed: World, and FIFA World.

Come to think of it, it isn't like Battlefield Heroes at all.