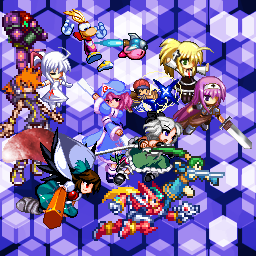 What do you mean, it's not awesome?
Should be AweStriker, and is on the rest of the internet. Also has the fancy title "Abjurer of Sorrow".

A.S.N. (not real initials) is an LPer that has routinely faced technical and other problems and thus finds it difficult to record and edit. [[strike:Has put up exactly one segment, but is determined not to let it become a Stillborn Serial. Has figured out that now he can record pretty much anything, but only if it can be run in fullscreen.]] unsure whether he will ever do that again. Mostly, he's an ordinary guy... BURNING DOWN THE HOUSE!

One of the probably few tropers to not be part of the Order Of The Stick Troper Critical Mass.

Also, he started the Roll Away page. Alter AILA, as well.

Has the best pagetopper ever

Things that I am a fan of:

Arguments that I dispute:

Games that I own, but still need to finish (all on hiatus, as my DS has like no battery anymore):

Advertisement:
I'm looking for attacks with long windup calls. Recommendations here, please, but I already have:

Go ahead. It's not really vandalism if it's sanctioned. Just... don't swear.