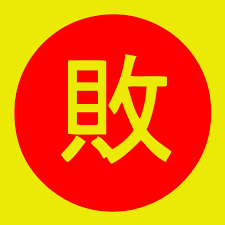 If there's one place in the world where Sturgeon's Law is in full effect, it's The Internet. In an age where just about anyone can create content and post it for others to see, the online community can serve as a prime example of quantity over quality. This naturally extends to the Let's Play community as well, with new YouTube videos posted left and right filled with asinine commentary, the game being played on release date without any idea if a Let's Play of it would be a good idea, MacGyver-like technical solutions such as filming a TV screen on a camcorder, barely edited material with minutes upon minutes of filler, and worst of all, barely any quality control to sort out the good videos from the bad ones. One should take it as a rite of passage to view at least one video game walkthrough narrated by a squeaky-voiced college student who imagines himself to be the next Bob Saget, and may the Lord help you if they try and sing along to the game's background music.

This is where Retsupuraenote That's ret-soo-pray comes in: an experiment hosted by Something Awful regulars Michael "slowbeef" Sawyer and Ben "Diabetus" Whitfield (with recurring guest appearances by Proteus, Shmorky, Dave_o, and Psychedelic Eyeball, among others) where the two find the worst of the YouTube community (usually Let's Plays, but sometimes extending to webcam videos, game reviews, and television shows) and then mock the living shit out of them, though they do tend to mock LPers that are just sorta weird. As such, Retsupurae has become widely appreciated for putting terrible Let's Players back in their place.

They have also expanded their range to include riffs on longplays of full-length video games ("Wrongpurae") and Flash submissions to Newgrounds ("Retsufrash"), focusing on the game itself rather than the person playing it (most of the time, anyway); and newer series like "Crappy Pasta", which was later renamed "Slowbeef's House of Horror", in which slowbeef does dramatic readings of terrible video game-related creepypastas, "Kickstarter Nonstarter" and "IndieNoGo", where they riff on ridiculous Kickstarter and IndieGoGo projects, respectively. Beef and 'Betus also record a podcast called Retsutalk, which can be found here

, and the team also has an offshoot feature on the Something Awful front page named Webcam Ward

. The crew has made a number of Livestreams, many of which can be found here

. The first was left unrecorded since it was merely meant to be a test, but a fan has recovered said test Livestream and uploaded it to Youtube

Aside from slowbeef and Diabetus' videos, many others have tried their hand at Retsupurae in light of their success, especially other Something Awful regulars such as Chip Cheezum and General Ironicus, whose videos can be found on the former's YouTube channel

. There's also a fair amount of overlap between accounts, and it's not uncommon to see slowbeef guest-commentate on Chip's channel, for instance. There's also several smaller Retsupuraers that have sprung up, such as LesBeardly

, College Reunion Group, TheStrawhatNO!note retired from Retsupuraes in 2011 and deleted or unlisted them and VNDLP

open/close all folders
Works Riffed on by Retsupurae