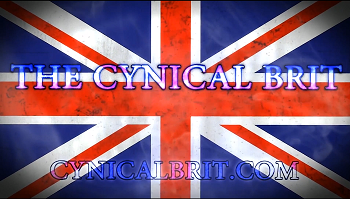 EPIC!
"Ladies and Gentlemen, my name is TotalBiscuit, and I'm here to ask and answer one simple question. WTF is..."
Advertisement:

John Peter Bain (8 July 1984 – 24 May 2018), better known by his screen name TotalBiscuit, was a British-born creator of YouTube videos and commentary showcasing his first impressions of whatever game has only just been released. He did fast-paced Starcraft II Multiplayer commentary, first-impression videos of indie games on Steam and other digital-distribution platforms through a series known as WTF is..., and collaborations with other channels, such as co-op playthroughs of Magicka and Trine 2 with Lewis Brindley and Simon Lane of the Yogscast and a Terraria series with Jesse Cox. As for his Starcraft II involvement, he became a sponsor for Team Dignitas' BlinG and founded Team Axiom, which had five players before his real-life illness forced him to shut it down.

During his time with Wow Radio, TotalBiscuit hosted a few shows - Dungeon Master (a short-lived non-intensive raid guide), Titan, TB's Show About Videogames, and EPIC! - but, in the world of podcasts, he is best known for both his "shock-jock"-inspired persona and Blue Plz, a World of Warcraft weekly podcast, Cataclysm expansion beta (and afterward, published content) playthroughs with commentary, and daily updates of "WoW news and content" through his Azeroth Daily videos. He discontinued his regular World of Warcraft videos as of May 2011 and, although he continued it for a few weeks afterward, confirmed that Blue Plz is "done for good" as well. He did 27 videos of an ambitious Let's Play for Shining Force III (which he was unfortunately been forced to take down due to copyright claims by Sega Japan), and had been embarking on a playthrough of DC Universe Online after a handful of beta content videos were well-received on his channel.

. In August of 2011, he created another YouTube channel, TotalBiscuit

, which he used to host exclusively Starcraft II content. He was yet another member of Polaris, and ever since it was called TheGameStation helped run a weekly podcast, now called The Co-Optional Podcast.

In April 2018, Bain formally retired as a game critic, due to failing health caused by increasing issues with the cancer he had been diagnosed with back in 2015. He passed away due to complications from the disease on 24 May 2018.

Not to be confused with Mean Brit.note Though, if game developing was the topic of a Reality Show, TB would definitely have been the Mean Brit. Or a certain OTHER cynical Brit. Or the OTHER other one.

Tropes that apply to TotalBiscuit:

My name's been TotalBiscuit, and I'll see you next time...