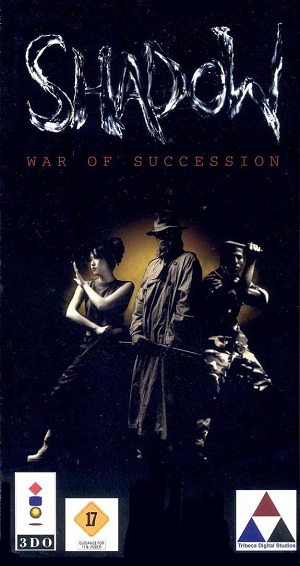 Shadow: War of Succession was developed by Tribeca Digital Studios (not to be confused with Tribeca Interactive) and released in 1994 for the 3DO. It was one of the many Fighting Games that tried to copy Mortal Kombat.

The leader of S.H.A.D.O.W. has died, and seven of the Shadow King's lieutenants fight each other to the death to become the next mob boss.