Fanfic / The Girl of Tomorrow 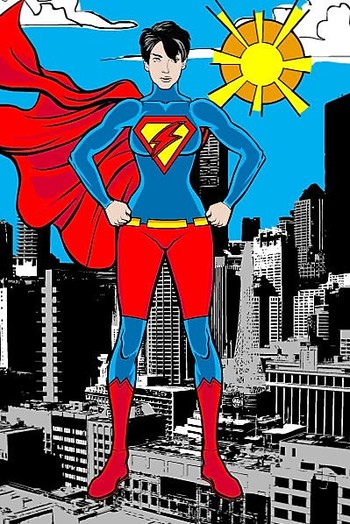 I still didn't really know who I was. At least, not yet.
Art by Xerokey

Taylor Hebert grew up knowing that she was different from other people. She could hear and see things that no-one else noticed, and the common ailments of life were never known to her. After her mom died, her father felt he couldn't keep the secret any longer, and tells her of her otherworldly origin. When she later saves Emma from ABB thugs in an alleyway, she decides to use her powers for good, and sets out to protect Brockton Bay from the criminal underground.

The Girl of Tomorrow is an Alternate Universe Fic, a rewrite of The Last Daughter, that makes Taylor the last daughter of Krypton. More specifically, the daughter of Kal-El, in one of many departures from the canon of both continuities. The page below contains spoilers for Worm, so beware.

Sadly, the fic has been declared dead

(although it was given an epilogue that skimmed over What Could Have Been and gave it some closure).

The Girl of Tomorrow provides examples of: