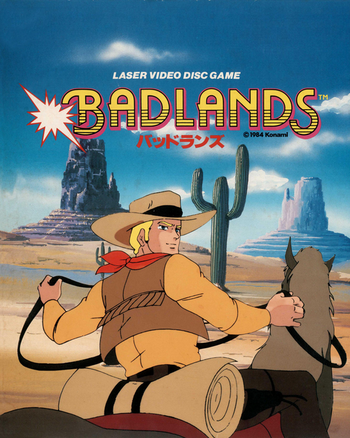 Badlands was an arcade and MSX laserdisc game released by Konami in 1984, at the height of the Dragon's Lair craze. It centers around Buck, a cowboy whose family was killed by outlaws. He decides to take matters into his own hands and heads out to gun down all of his family's killers.
Advertisement:

Unlike other such games Badlands's only control was a button to fire the character's gun.