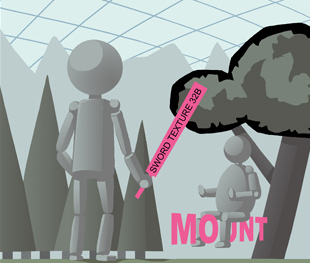 10/10 It's Okay.
"Playing this game is like driving a beat up old car. You're always afraid it's going to break down."
— The Angry Video Game Nerd on Super Pitfall for NES (1986)
Advertisement:

Attention: This trope is ONLY meant for games that are genuinely nigh unplayable at release. A few missing features, oversights and bugs do not count.

Before releasing a product, it must be tested, and video games and computer programs are no different. Software is tested in stages; while the exact number and terminology varies between companies, they typically include two phases called "alpha" and "beta". Alpha testing is done by the developers themselves, while beta testing is done by a specific, outside quality assurance team. In late phases of beta testing (this phase rarely called "gamma", "open beta", or "release candidate"), select members of the public are allowed to test the game. During alpha and beta tests, testers seek out bugs, note them, and forward them to the parties responsible for fixing them. Those developers then either fix the bug, delay the fix due to whatever time or business constraints, or declare that it "will not be fixed". Ideally, testing will last long enough to fix the most noticeable bugs.

However, sometimes, this isn't the case. Software may be rushed for any number of reasons, which may include: A holiday release, desire to compete with another company's product, a studio's closing, or outright laziness. When this happens, testing can be shortened or outright skipped. This results in buggy, unstable programs that no one likes.

While the name "Obvious Beta" implies that the game has only undergone alpha testing, sometimes it might not ever have had even that.

Sometimes, this is just Executive Meddling; different people do marketing and development, after all. Other times, though, some companies may have no choice. Not all companies have enough time, discipline, or money to go through all the development stages for what they're planning, so they have to release the product and hope enough people will buy it that they'll have the resources to perfect the product later. The early access

model is a way of doing this by essentially allowing any paying customer to be a "public beta" tester.

When reading outside sources, remember that different companies use different terms to refer to different stages of testing. What we're calling "beta" might be another company's "alpha" if they use the term to refer to a shippable product that's feature-complete but still has a lot of issues.

If a game's single-player mode is fine but the multiplayer isn't, please put the example under Misbegotten Multiplayer Mode. See Perpetual Beta for when the developers no longer have an excuse to update things (or no excuse not to have updated them, in some cases). If the media or system has been in protracted development, and the developers have been sitting on it for a long while, it may result in Implementing the Incomplete. This trope can also overlap with Porting Disaster if it occurs when software is converted to run on a different platform.