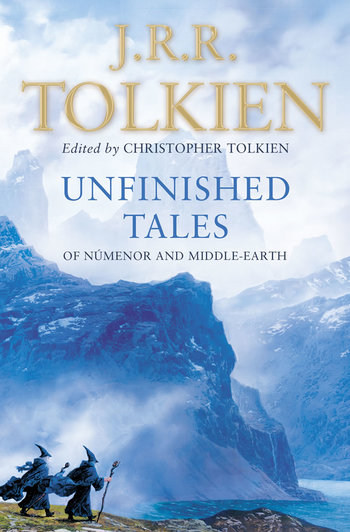 Unfinished Tales of Númenor and Middle-earth by J. R. R. Tolkien, or Unfinished Tales for short, was the first posthumous publication of unfinished and fragmentary material that forms part of the Backstory of The Hobbit, The Lord of the Rings and Middle-earth. It was compiled and edited by the author's son Christopher Tolkien, who had also assembled The Silmarillion from such material (with the help of Guy Gavriel Kay). It was first published in 1980.
Advertisement: