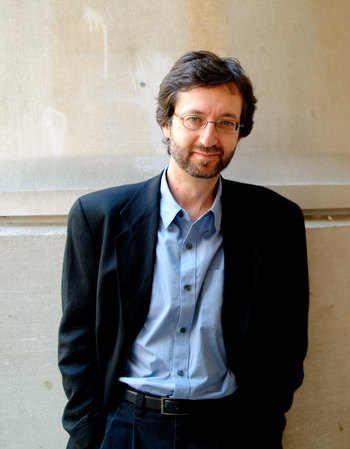 Guy Gavriel Kay CM (born November 7, 1954) is an award-winning Canadian fantasy author. His works are known for hewing close to medieval European history, and for having very little magic.

As a young man, he worked with Christopher Tolkien preparing J. R. R. Tolkien's The Silmarillion for publication.

Tropes common to his works include: