Literature / The Last Light of the Sun 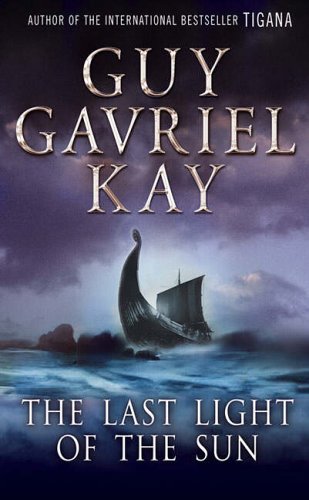 The Last Light of the Sun is a 2004 fantasy novel by Guy Gavriel Kay. Like The Lions of Al-Rassan and The Sarantine Mosaic, it is set in a world closely modeled on medieval Europe, but with elements of myth and magic incorporated. The tone is darker than that of the previous two novels, with themes of revenge, violence, the passing of an era, clash of cultures, and love—especially between father and son—being particularly prominent.

For centuries now, the Erlings of Vinmark have ravaged the coasts of the Cyngael and Angelcyn, bringing death, destruction, and the fury of the north in their wake. But change is coming to these cold northern lands, as King Aeldred of the Angelcyn brings his people together to resist the Erling depredations. Jadism is spreading, and raids grow fewer and harder, as the last of the dragon ships turn away from Angelcyn shores. It's the end of an era, and most people can only watch.

Some people though, will get caught up in the changes around them. The story opens as young Erling, Bern Thorkellson, whose father's rages have destroyed his family, steals a deceased governor's horse, and flees his homeland. In Cyngael, Alun ap Owyn and his brother, Dai, plot to steal cattle from Retired Badass Brynn ap Hywyll. And in the Angelcyn court, Aeldred's son, Aethelbert struggles to escape the shadow of the father he loves, but cannot be. These three, along with numerous others will be tied together by fate, as the Erlings of Jormsvik plan one, last, great raid.

The book as a whole has been quite well received, with critics praising its darker tone, evocative settings, well-developed characters, and general sense of grandeur and nostalgia. It's worth noting that the book contains far less sex and politics than is usual for Kay, and a lot more violence. Depending on the reader this may be a good thing or a bad one. Kay was nominated for the 2005 Canadian Sunburst Award after writing it.

Tropes found in The Last Light of the Sun include: