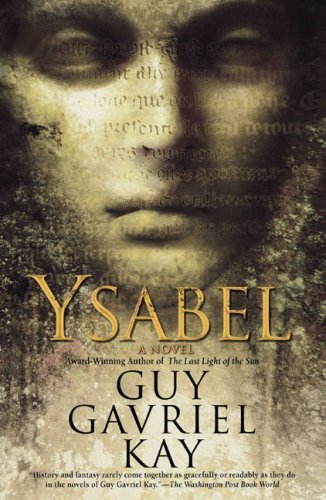 Ysabel is a 2007 Urban Fantasy novel by Canadian author Guy Gavriel Kay, his tenth work, and the first to be set primarily in the real world. It won the World Fantasy Award for Best Novel, as well as a few other honours.

Ned Marriner, a 15-year-old Canadian from Montreal, is visiting Provence, France, for a few months, because his father Edward, a world-famous photographer, is working on a new book there. Also along on the assignment are his father's two workmen, Greg and Steve, and his hyper-efficient personal assistant, Melanie. Ned finds all of this rather boring, though a few months off of school is nothing bad. Then, while visiting a cathedral, he runs across, first, an American exchange student named Kate Wenger with whom he immediately hits it off, and, second, a mysterious knife-wielding man raiding the cathedral's basement. The latter event is the beginning of a very unusual vacation indeed, which ends up involving possessive spirits, Celtic mythology, and Ned's mysterious aunt and uncle who he's never met before.